It is an honor for us to present, for the first time in Barcelona, the astonishing work of the artist born in Tenerife, Juan Carlos Batista (1960). His ability to combine images of striking beauty, artistic sensibility and critical awareness, make him an essential artist in the current times. Recognized internationally, Batista has participated in important fairs such as Arco Madrid, Pinta London or Pulse Miami and has exhibited his works in New York, Berlin, Morocco, Senegal, Mauritania, Cuba and Argentina. His work is part of important collections such as TEA Tenerife Espacio de las Artes, Angra do Heroísmo de Azores Museum, MIAC International Museum of Contemporary Art of Lanzarote, Olor Visual or the Governments of the Canary Islands and Navarra, among others. 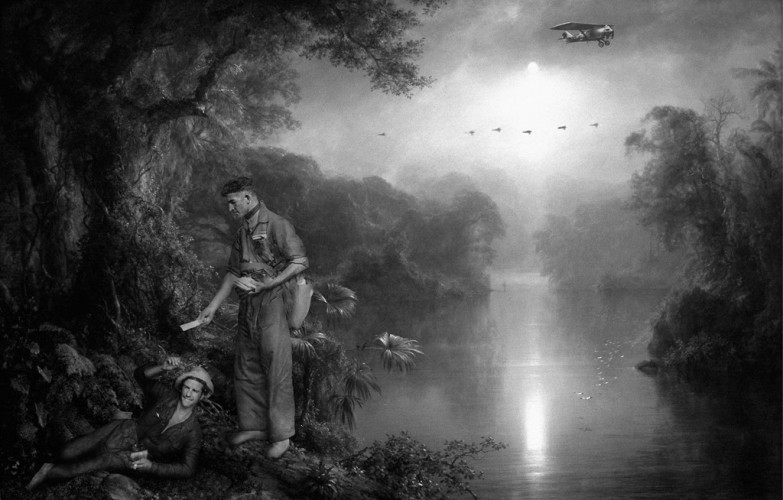 After presenting at TEA his anthological exhibition “Realidad casi humo”, and simultaneously to his current show at the La Regenta Art Center, he arrives at N2 Galería with “Tiempo es de que sea tiempo” (Time is that it is time): a journey through different warlike conflicts, from the First World War and the Spanish Civil War, to the present war in Syria. Batista constructs surrealistic images from the digital manipulation of historical photographs, works of art and archive images.

From something as dramatic as war, he uses beauty and irony to move us to reflection and claims the importance of preserving historical memory, not only for justice with the victims, but also for it paradigmatic value. “Tiempo es de que sea tiempo” is also a wake-up call, despite the traumatic experiences of the early 20th century, we continue to make the same mistakes, as if we had not learned anything from them.